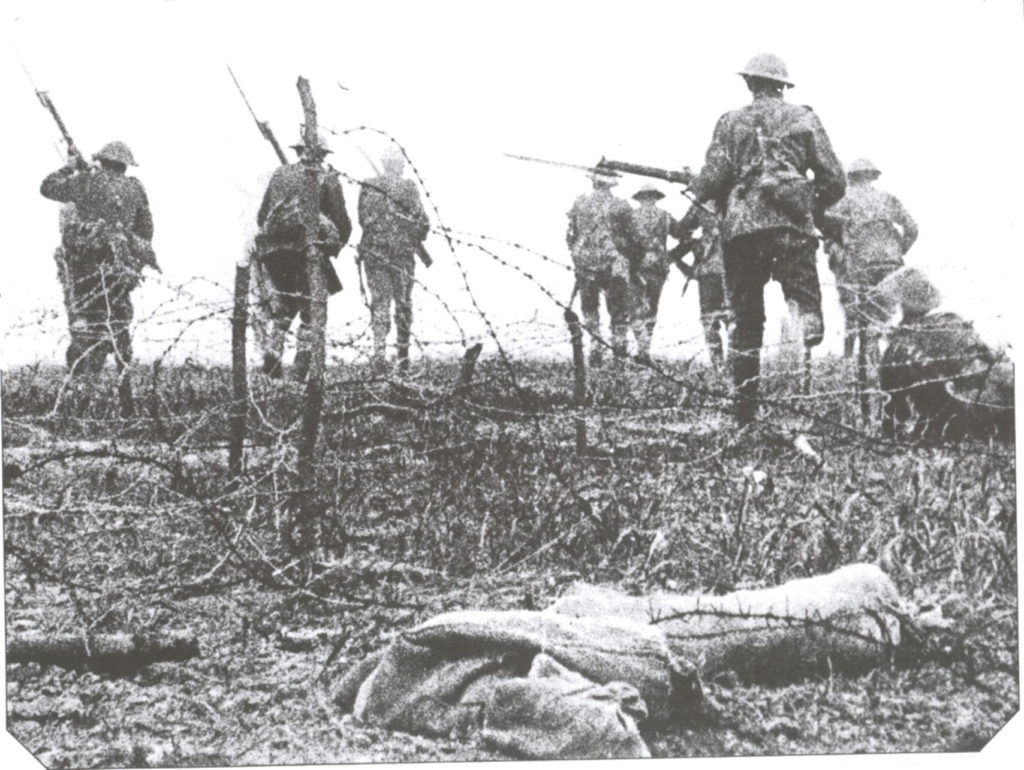 Put in charge of a Sergeant Cranston

Training at the camp at Fort George lasted until June 1913

Nov 1914 Aged 16 years and 7 months he left for Southampton and on to Le Harve, was billeted there for a week. Records being inspected by King George V.

Cameron Highlanders went from 1,000 to 123 at Givenchy, The Bengal Lancers were almost wiped out as they were on horseback

Home to recover in Spring 1915

July 1916 forced marched to Somme, about 30 of the Brigade died en route from sheer exhaustion

On Albert front for a long spell, mentions Village of Constellmaison

In hospital in Rouen for 2 weeks then hospital ship to Folkstone and to Scotland on Red Cross train. Ended up in Perth in a poor house which was converted to a military hospital

Strathallan Castle to recover, castle had been taken over by the Red Cross and staffed by VAD nurses. Epidemic broke out in the hospital so he was transferred to Dundee for further treatment

Home for 14 days to recover, hospital to let him know when he would be fit to return to front, this not done. He was arrested for being a deserter from the army.

Spent time in Stirling Castle on guard duty until this was sorted, then spent time at a camp outside Colinton near Edinburgh

Train from Edinburgh  to Holyhead then on to Dublin, spent time on guard duty at fort in Kinsale

Home on leave for a short while

Calais via Dublin.  Holyhead overland to Southampton arriving  on Christmas Day then troop ship to Calais

Re enforced with 7th Argylls, 51st Division with whom he stayed until the end of the war

Battle of Caterpillar Wood during the big freeze.

Time in the Arras area, trenches full of rats

Posted to trench mortar battery, wounded for 3rd time and sent to coastal hospital in France.

Back to 7th Argylls, 51st Division.

Billeted in small village outside Cambrai when war ended on 11th November 1918.

Attended classes for 2 weeks then sent home on leave.

After leave, rejoined battalion in France for a further 2 weeks.

Had medical examination, awarded a pension of 8 shillings a week and collected his discharge papers before returning home.

Swinging they come from the land of the heather;

Shoulder to shoulder, marching together,

See how they gather from mountain and moor,

Leaving the ties most tender, endearing,

See how they gather, the rich and the poor.

Like the war-horse when he scents the far battle,

First in the din and the roar and the rattle,

Sons of the Hill-land engirt by the sea.

See! they are coming! Tartans are swinging;

Sound of the war-pipe is shrill on the air;

Warrior-songs in their brave hearts are ringing;

They are the lads who will do and will dare.

Of the peat-fire crouch those who are left:

Lads who have left them all lonely, bereft.

Yet they have given them, wife and the mother,

Father and grandsire, the youth and the maid;

Could they have borne that the Islesman, son, brother,

Sons of brave Clans from their duty had stayed?

Leaving the lochs, the hills, and the mountains,

Leaving the old men the harvests to reap;

Where antlered deer slake their thirst at the fountains,

For the Red Harvest to face the White Sleep.

Brave is the Celt, and his country in danger,

Freedom and Liberty call to him still;

Send round the Fiery Cross! To fear a stranger,

Celts come from the islet, the moor, and the hill.